**WA Customers** - Due to extreme disruptions to road and rail services we are currently only offering Express Post (air) to WA customers. Please expect longer than usual delivery times.

The History of Eyeliner EYELINER is a staple of the beauty world. The fashionable trend of defining your eyes with eyeliner has been around as early as 10,000 BC! But eyeliner ingredients and styles have drastically evolved from then to what it is now. Lets dive into the past and see how eyeliner has changed over time! In Ancient Egypt, eyeliner was made from black kohl and worn by both men and women. The kohl was obtained from a substance called galena and mixed with soot. Historians believe that the Egyptians not only wore kohl for cultural reasons (honoring deities), but for the health benefits as well. The lead-based substances increased the production of nitric oxide in the skin. In turn, boosted one’s immune system against diseases to the eye area. The soot also aided with reducing the effects of sun glare on the eyes. As early as 3000 BC in Japan, men and women used cosmetics to define their eyes and enhance their status. During the 18th Century, Geishas became renowned and their style had a substantial influence on women in society. Red, white and black were the classic makeup colours they used to enhance their beauty. However, the more experienced a Geisha became, the less red eye makeup she wore. Both Geishas and Maikos (Geishas in training) decorated their eyes by outlining them with charcoal. 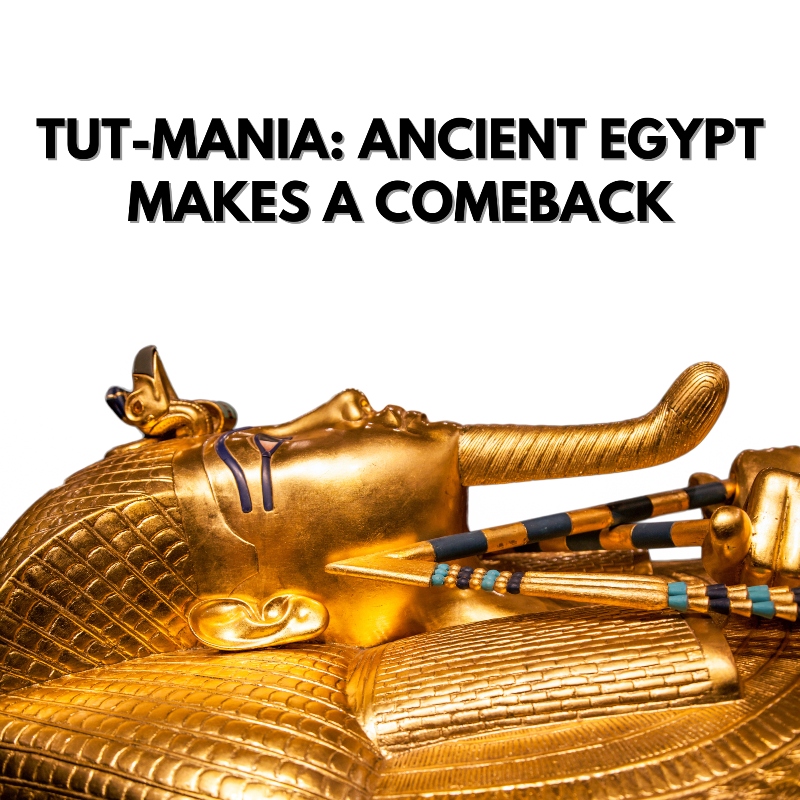 The discovery of Nefertiti’s bust in 1912, and the tomb of Tutankhamun (King Tut) in 1922, was one of the most significant archaeological discoveries of the 20th Century. Upon the breakthrough, attitudes towards makeup and fashion changed. Society became inspired by Ancient Egyptian aesthetics. Ancient Egypt’s influence became apparent in the elaborate bead designs of dresses, art deco patterns, and of course… beauty! A smokey eye became the new standard 1920s makeup look of choice for women. After WINGED EYELINER gained popularity in the 1950s, Glam Rock emerged on the scene. It began in the United Kingdom in the early 1970s, taking influence from English psychedelic and art rock scenes of the late 1960s. Musicians like David Bowie wore extreme costumes, makeup, and hairstyles to reflect the new quirky trend. Bright, bold eyeshadow and  eyeliner was experimented with, creating extravagant makeup designs on one’s face. The technicolor trend created such a statement, that it made its way into the 1980’s too.

Fast forward to 2022 - Makeup is still used as a form of self expression, but styles have certainly changed since then! Check out our blog BEAUTY AND MAKEUP TRENDS FOR 2022 to see what types of glam people have opted for this past year.

How do you wear your eyeliner currently? Let us know in the comments below.

CUSTOMER SERVICE
BEHIND THE BRAND
BEAUTY WARRIORS
FOLLOW US

All prices are in AUD © Copyright © 2022MODELROCK PTY LTD

Add your favourites to cart

Your purchase will be split into 4 payments, payable every 2 weeks

All you need to apply is to have a debit or credit card, to be over 18 years of age, and to be a resident of country offering Afterpay

Late fees and additional eligibility criteria apply. The first payment may be due at the time of purchase
For complete terms visit afterpay.com/terms